Market Research About Us

Data on its own can be just noise. To make informed decisions, you need expert analysis.

MarketResearch.com is the leading provider of industry intelligence for businesses, consultants, investors, and anyone seeking to understand where markets, countries, or companies are headed. With over 350 publishers covering every sector of the economy as well as emerging industries, we curate the most comprehensive collection of market reports and services updated daily.

Our reports are designed to take the legwork out of understanding the market and help more than 10,000 customers a year get smart quickly. Hard-to-find information is sourced, vetted, and compiled in one place. But we also go beyond the facts and figures to provide the crucial history, context, and dimensions that make the information meaningful.

And if you have a very specific question or unique research need, we have a whole team of expert analysts at the ready to help you answer it, from helping frame the question to conducting the custom research for you.

We have been in the market research business for over 20 years. When we started, it was about providing access to data. Today it's about making that data actionable.

MarketResearch.com offers a variety of business intelligence solutions that are designed to solve your toughest challenges.

“
MarketResearch.com provides access to great data. The staff is always willing to help me find exactly what I need. It’s nice to work with a great group of people who are focused more on understanding my needs than making a sale. It makes my job easier.

“
MarketResearch.com is a great research resource with excellent customer service. My dedicated research specialist maintains regular contact and always lets me know when new reports that apply to my project plans are available. I would recommend MarketResearch.com to anyone!

“
MarketResearch.com provides our firm with comprehensive, top-line market research reports. It is not uncommon for a project to begin with a call to MarketResearch.com — their combination of breadth and depth offers a great deal of value and saves us days of valuable research time.

“
As a global advertising agency, we always need a large and diverse platform of information, often at a moment's notice. MarketResearch.com is there for us with a comprehensive database covering many industries and geographical markets. Where else are you going to get a quick overview of useful reports, from a large variety of sources, all in one place? I depend on it.

MarketResearch.com
A History
1998
Rob Granader combined the Published Products division of FIND/SVP, and FINDEX, to create Kalorama Information.
2000
Raised venture capital to create a research aggregation business and acquired Newsletters.com, whose infrastructure became the backbone of the Marketresearch.com website.
2001
The Marketresearch.com website launches in January 2001.
2003
Launched MarketResearch.com Academic, a product where, for the first time, college and university students could access the same full research reports that are used in the business world.
2005
Acquired its chief online competitor, MindBranch, Inc., in North Adams, Massachusetts, as well as a majority stake in its Korean counterpart Mindbranch Asia Pacific in Seoul, South Korea.
2006
Launched its Custom Research offering, allowing clients to get answers to their specific questions not found in a syndicated study. This offering grew dramatically with the acquisition of the Freedonia Custom Research division.
2007
Purchased Simba Information, the leading authority for market intelligence and forecasts in the information, media, and publishing industries. Acquired Profound from Thomson/West.
2008
Relaunch of Profound under MarketResearch.com ownership, capitalizing on the new technologies, improved search and browse, and streamlined client experience. This business gave MarketResearch.com the tools to create and sell market research reports by the slice.
2011
The publishing division launched the Knowledge Center solution, which provides company-wide access to an entire catalog of industry-specific research reports for one fixed price.
2013
Added to its education offerings with the acquisition of Education Market Research, a specialist in the K-12 marketplace.
2014
Launched Profound for Individuals, offering cost-effective market research services to start-ups and small businesses.
2016
MarketResearch.com acquired The Freedonia Group, a global provider of reliable and unbiased market research reports and consulting services for more than 30 years.
2020
Launched COVID Tracker and COVID Supplemental Data created across all brands to mitigate client uncertainty.
Now
MarketResearch.com is the leading provider of global market intelligence products and services. Revenues are generated from a series of products and services used by more than 89 percent of the Fortune 1000. The business has moved from a pure publisher of market research reports to a provider of broad market research solutions.
View All Our Publishers


View All Our Publishers

MarketResearch.com is a leading source for market data, trends, and analysis in all major industries worldwide. Journalists from The New York Times , The Wall Street Journal, Forbes, The Washington Post, and other leading news sources frequently cite MarketResearch.com in their articles. If you're looking for general market information or specific data for editorial purposes, please contact us.

Meet a Few of Our Experts 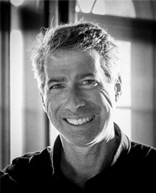 When Rob launched MarketResearch.com in 2001, he pioneered a distribution platform for hundreds of market research providers. In subsequent years, he engineered a series of acquisitions, notably the purchase of Profound from Thomson Reuters in 2007 and the Freedonia Group in 2016. Under Rob’s leadership, MarketResearch.com and its publishing arm have grown into the most trusted providers of industry intelligence, creating and publishing reports that cover every sector of the economy.

Rob entered the market research industry after years of covering Capitol Hill as a reporter for several news outlets. During that time Rob published more than 350 articles and essays in over 50 publications, including The Washington Post, The Legal Times, and The Miami Herald.

As a member of YPO, the Forbes Business Council and a number of industry associations Rob has written extensively on industry trends and their broader implications including: “Fake News in a Real World: What It Means for Market Research” and “Next Year's Trends Are Already Here”.

Rob has served on several boards and community organizations including Main Street, an inclusive apartment complex and community center in Maryland, the Charles E Smith Jewish Day School, and the University of Michigan English Advisory Board.

Rob's more personal writing continues through his blog which began when he moved his family to London in 2011, (In a Foreign Land, expatlondon.blogspot.com). His short stories have appeared in more than a dozen literary publications including the Evening Street Review, Green Hills Literary Lantern, and Magnolia Review, more can be found at www.robgranader.com. 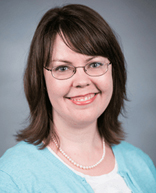 Jennifer Christ is Manager of the Consumer and Commercial Products Group at The Freedonia Group and Manager of Food & Beverage Research for Packaged Facts as well. With over 22 years of experience developing industry research for Fortune 500 companies, her wide-ranging expertise is relied upon by the largest companies in the world to make important business decisions.

Jennifer holds a Bachelor of Arts in Economics and East Asian Studies from Vanderbilt University and a Juris Doctor from the Cleveland Marshall College of Law. 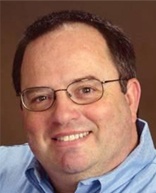 David Sprinkle is the Research Director and Publisher of Packaged Facts where he leads the consumer research program. With over 15 years of experience in the market research industry, David is world renowned for his industry studies and expert analysis on the pet industry. His industry reports are relied upon by the largest pet product companies to make crucial business decisions.

David holds a Bachelor's degree from the University of Virginia and a Master's of Business Administration from Tulane University's A. B. Freeman School of Business. 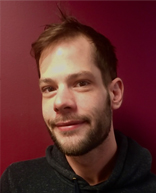 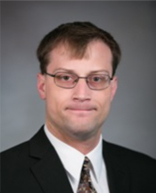 Matt Zielenski is an Analyst at the Freedonia Group where he focuses on research related to building construction. Matt provides comprehensive market analysis and demand projections through the 70+ studies he has written on topics including roofing, plumbing products, fencing, lumber, and much more.

In the market research industry for over 20 years, Matt has become a thought leader in the field. He has authored a variety of articles on US solar power, rigid LVT flooring, the construction material market, and roofing. As a result of the coronavirus pandemic, he has been immersed in the lumber industry as well as supply chain and logistics issues.

MarketResearch.com is the world's largest and fastest growing provider of market research. As the single source for continuously updated market intelligence, MarketResearch.com offers more than 400,000 market research reports from over 350 leading global publishers. Our casual yet driven work environment makes us the ideal place for innovation, collaboration, and growth—the hallmarks of our rapid success.

Currently we have no positions posted. We still encourage you to send your resume to: hr@marketresearch.com. No phone calls please.

Our dedicated research specialists bring an unbiased approach to identifying the research you need to make effective strategic decisions.

Find out more on our blog